Funeral Banquet Scene Of a Palmyrene Man With His Family 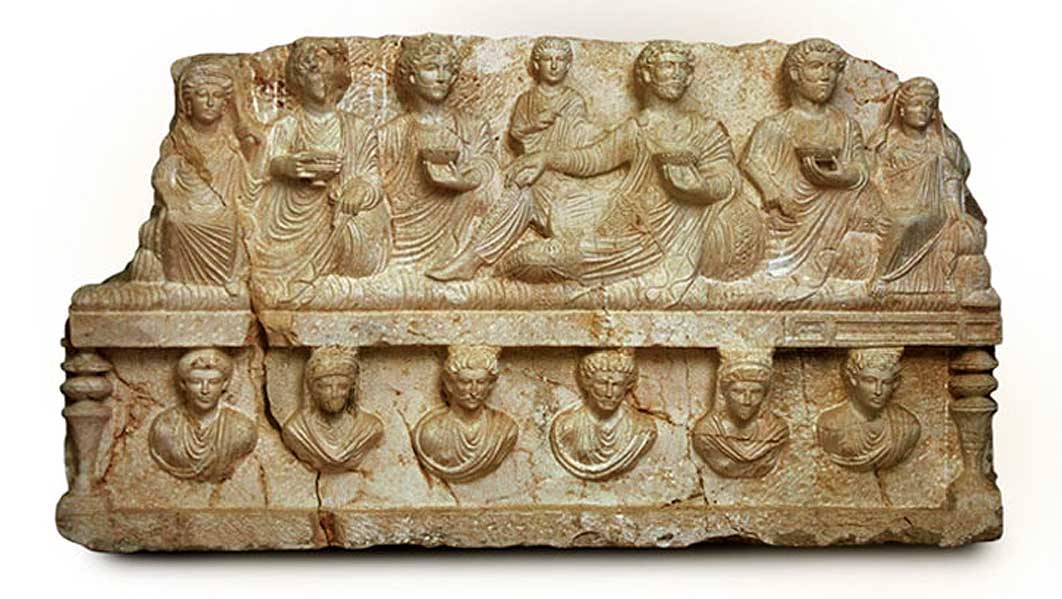 This scene was discovered during the excavation of the tomb of Nasha and Zeda’ta sons of Hatari in the southwestern burial area. The scene is dedicated to Taim Ibn (son of) Juhayna and his thirtee brothers brothers. They are the children of the sister of the founder of the tomb. According to the inscriptions found on top of the main entry door to the tomb, it grants the wright wing of the tom beyond the entry door to the children of Juhayna (The founder’s sister).